A while back I wrote a talk on the importance of process as a communication tool. At one point during the writing I decided to try my hand at Aesop’s style. It was a fun exercise and I was relatively proud of the result. For what it’s worth here is what I came up with. 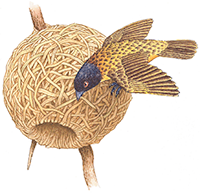 Once a small weaver bird asked another to help him in building the family nest. The second weaver bird agreed and was put straight to work. He flew off and found a twig for the nest.