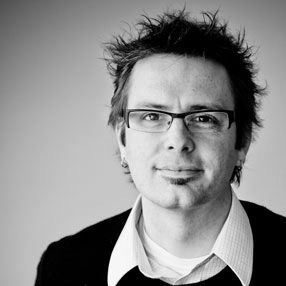 Samuel Mikel Bowles is a Director for Pivotal Labs in San Francisco. In this role, he has helped train companies, from small startups like Eero to large enterprises like GE, Intel, and Chevron, to establish high-functioning software teams. He has lead teams in delivering over a hundred software products which are used by thousands of businesses and millions of users.

Prior to joining Pivotal Labs, Samuel held a number of senior leadership and design positions both nationally and internationally. Most recently he served as the Vice President of the software consultancy Mutually Human. He has also served as a board member and Director of Operations for the Information Architecture Institute and has an investment in Chicago-based health-care startup Human Practice.

Samuel speaks internationally on how Agile and Lean can be applied to the practice of software design and development. During a seven year period between 2003 and 2010, he lived in Spain and put his experience to work for a non-profit organization providing communication services to North African aid organizations.

In his free time Samuel enjoys writing, traveling, tinkering, reading, and playing music. He speaks Spanish proficiently and would love to learn a third language but has yet to make up his mind between French and Arabic.

I currently live Oakland, California in the Pacific Time zone of the United States. You can reach me using either of the following methods: